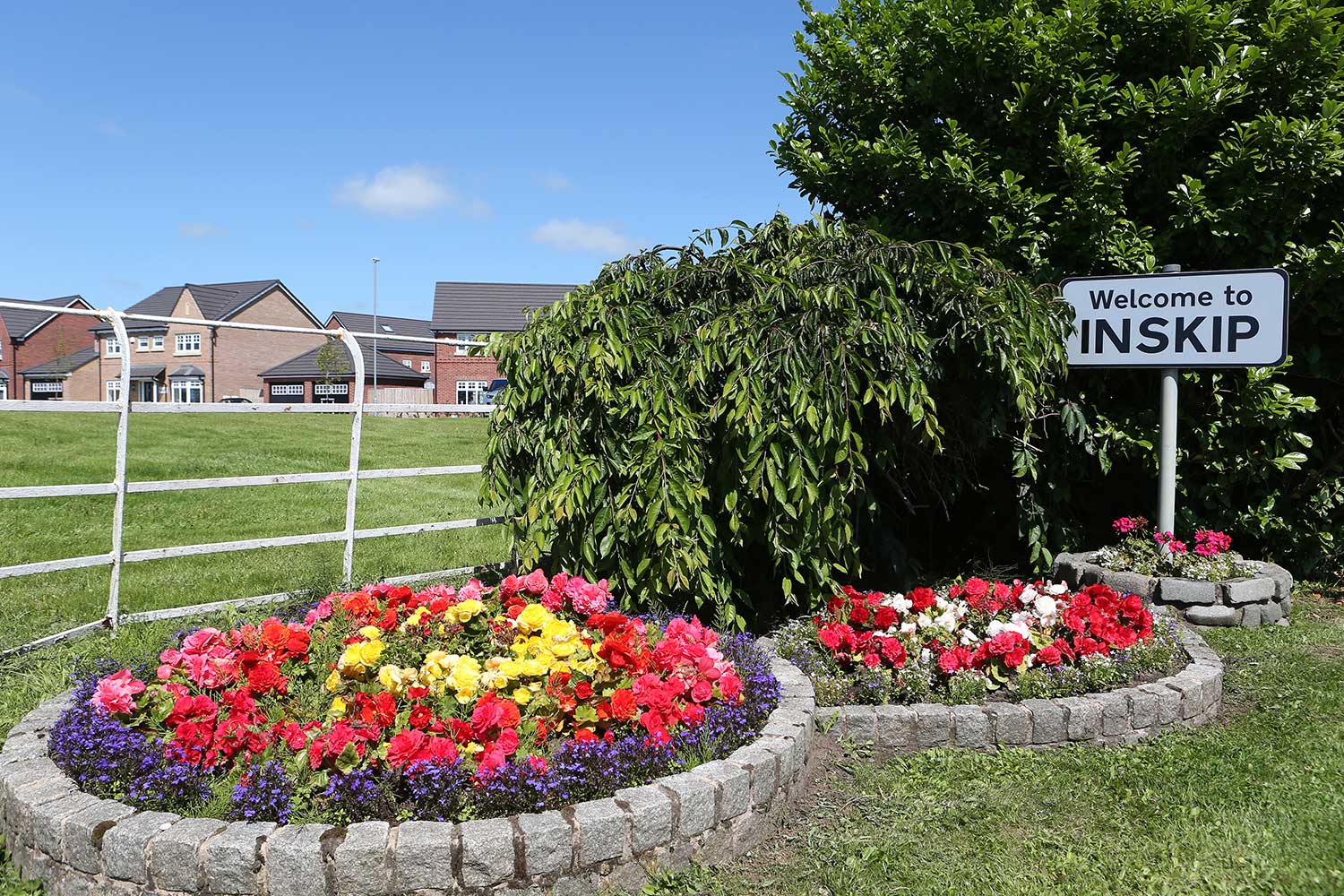 There cannot be many inland places without a river or a canal that can lay claim to once having been the home to the biggest ship in the navy. Indeed there is probably only one and it’s right here, in Inskip.

Inskip is located ten miles north-west of Preston, straddling the B6259 which winds its way to the Fylde Coast northerly reaches. It can be identified from far afield by its landmark radio masts that have dominated the local skyline for around half a century.

Its naval connections go back to World War II when the Admiralty requisitioned around 600 acres of local farm land. Following wartime use as a training centre for naval aircraft pilots, the site was developed as a naval radio station. Christened HMS Inskip, and given full ship’s status, it soon became a local landmark with its four tall radio masts that are visible for miles around. In accordance with its ’ship status’ the Admiral of the Fleet would be ceremoniously ‘piped on board’ for his annual inspection visit. Nowadays, under the guise of DHFCS Station Inskip, it operates as a tri-service communication centre and is manned by civilians.

The wartime development extended far beyond the airfield with most of it’s personnel being billeted within a camp that encompasses what we know today as Manor Road and land to the east of Mill Lane. Amongst the facilities for those off-duty was a cinema that was sited close to the present YIPs building on Nelson Gardens.

The ‘Navy Houses’ on Nelson Gardens, School Lane and Preston Road are of earlier post-war construction but it wasn’t until the seventies that most of the site was cleared to provide new private housing developments. It was those developments that brought the biggest increase in Inskip residency since the end of hostilities.

Although there is no physical centre to the village those who make regular journeys along the B5269 will be familiar with a number of local landmarks. In addition to the Derby Arms, once known throughout the land as the ‘Motoring Inn’, because it had a car on its roof, there are other buildings of note. The thatched cottage for example that juts-out onto Mill Lane is one of the oldest structures in Inskip dating back to around 1700. On the opposite side of the road you can rest on the bench fashioned from a huge piece of stone that was once an integral part of the old Cheese Mill that used to neighbour the cottage.

St. Peter’s Church with its tall spire is another familiar sight to travellers. The church dates from 1848, though its spire was only added in 1925. The war memorial, to the front of the church, provides a focal point for the annual Remembrance Service that, needless to say, has a strong naval influence.

Continuing with the naval connections the older parts of St. Peter’s School, to the west of the village, formed part of the wartime development, once housing radio operations.  The school caters for pupils up to the age of eleven whilst there is a pre-school facility on Higham Side Road.

Despite the decades of upheaval Inskip still retains its rural character with many farms dotted around the edge of the village filling the fields with an ever-changing scene of livestock and crops. It was to mark this agricultural heritage that a local company ‘Jimbob Agricultural Machinery’, in conjunction with the Parish Council, placed a tractor on the edge of Carrs Green Common. It’s been there for only a handful of years but is recognised as a prominent local landmark and has gained international recognition on internet websites such as Facebook. The mound on which the tractor proudly sits has been scattered with poppy seeds in recognition of those who served at HMS Inskip and before that HMS Nightjar as it was previously known.

Carrs Green Common itself is a 60 acre site of special scientific interest owned and managed by the Parish Council. A number of surveys have been undertaken in recent years which have identified over 300 species of plants, lichens, mosses and fungi; 60 species of birds including heron, grey partridge and tawny owl; 40 types of insect; frogs, toads, a huge variety of moths and butterflies, brown hare, weasels, fox and deer.

The bowling green is a much sought after oasis for those who partake in the genteel game favoured by Drake. And how fitting that it should be located off Nelson Gardens, another link with Inskip’s naval connections. The planted areas around the green are a product of the members’ efforts. Each year they provide a blaze of colour that is admired by members of visiting teams from all parts of the Wyre, Fylde and Preston areas.

It’s not all play and no work though. On the opposite side of the B5269 to the church you’ll find ‘Trotters End’ the premises of Multi-Ply, a hi-tech concern, that make excellent use of some former pig farm premises.

There is light industry at the western end of the village in the form of the chicken-processing factory that is surrounded by well-tended lawns and trees. More employment opportunities are available within the recently established business park on Nightjar Way, formerly part of the naval base.

These concerns bring welcome and diverse forms of employment to compliment our established agricultural origins.